As human beings, we have multiple commonalities. We need air, water, food, clothing, shelter, nurturing, education, and safety. We have skin hunger — the biological need for human touch — that is as essential as all of those aforementioned items. Without these, we fail to thrive. All of that being true, why are we so divided? 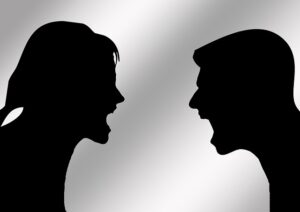 The Cambridge Dictionary defines polarization as “the act of dividing something, especially something that contains different people or opinions, into two completely opposing groups.”

Was there ever a time when people agreed completely and met heart-to-heart rather than going head-to-head? In recorded history, not many occasions. The exception is when we have been in crisis. A line from the 1984 John Carpenter film called Starman, speaks powerfully to this concept. The friendly alien observes: “You are a strange species. Not like any other. And you’d be surprised how many there are. Intelligent but savage. Shall I tell you what I find beautiful about you? You are at your very best when things are worst.”

Worst? During WWII, people sacrificed meat, rubber, fabric, and rations in order to send them to the troops. On 9/11, and for a while afterward, people saw past differences in one of the most eclectic cities in the country and came to be of support to each other. When natural disasters such as floods, tornadoes and hurricanes occur, neighbors take each other in, donate money, and offer prayers to the victims. Even though the war in Ukraine is thousands of miles away, many countries have welcomed refugees, given money and supplies, and displayed Ukrainian flags in their yards. At the beginning of the pandemic, people looked after each other, brought meals, entertained each other, went grocery shopping and checked in on those who were frail or at risk. Skin color, national origin, religion, gender — none of these things matter in times of crisis. Sadly, the good will isn’t usually sustained. Once the crisis dissipates, as people move on to the next distraction in the 24-hour news cycle, the enthusiasm for being our brothers’ or sisters’ keepers wanes.

So, why is it so challenging to see our common humanity in the midst of political discord? It comes down to two words: shared values. Someone I know has a visceral reaction when seeing signs, banners, flags, and bumper stickers that praise a former president even after he is no longer in office. She smiles when she sees messages that are politically progressive or that glorify social justice causes. Is she proud of her impulse to curse or raise the “one finger salute” at the first sign of support for a belief system she can’t comprehend? Not really. She’s tried to fathom that sort of ideology, but is still bewildered by it. The closest she can come to understand is that political opponents likely have the same visceral reaction when they encounter political ideas she applauds.

What is the psychological consequence of this clash of values? We fear what we don’t understand. We see the other person as “not one of us” and therefore our enemy. We deny the other’s right to have what they want — and sometimes — even the right to exist. We justify our animosity by thinking: “If only they saw the world through my eyes, they wouldn’t be wrong, and we could get along.” Sadly, extreme divisions contribute to hate-fueled violence. The catalyst for many of politically-motivated shootings is the denial of someone else’s right to live in the country. Before someone can kill another, they first have to dehumanize them — to see them as less than human. So to justify their attacks, killers need to forget that the people they murder have families, friends, and communities who cherish them.

In this month’s SWT newsletter I will discuss possible solutions to our polarization.

As long as you are trying to become, trying to get somewhere, trying to attain something, you …
… See MoreSee Less

In the end it’s all very simple …
… See MoreSee Less