The Mayo Clinic defines Post Traumatic Stress Disorder (PTSD) as a mental health condition that’s triggered by a terrifying event — either experiencing it or witnessing it.  This sort of trauma may not necessarily produce PTSD. In some situations, the person heals appropriately with self-care and time. It’s when the symptoms do not abate, or get worse over time, that treatment should be considered.

Symptoms of PTSD can include insomnia, frequent disturbing memories of the event (often called “flashbacks”), nightmares, emotional distress, mood instability and behavior changes. These can become debilitating if not treated. These symptoms usually occur when a situation arises that triggers the PTSD.  As an example, a war veteran with PTSD can get distressed when he hears a loud rumbling noise from road construction equipment that sounds like a machine gun. He might panic and try to hide or run from the noise.

Current research is underway to determine effective measures to ward of 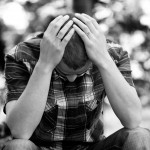 Although traditional “talk therapy” and medication can be effective in PTSD treatment, somatic therapy is highly effective, as it directly addresses the energy of the trauma that is stored in the body. The stress that has been stored as a result of the “fight, flight or freeze” reaction can be unblocked and released.

Sometimes the use of somatic therapies in a group setting can be especially effective, since so many PTSD symptoms are isolating. Another highly effective therapy for PTSD is EMDR (Eye Movement Desensitization and Processing), a therapy considered as a “best practice” by the U.S. Department of Defense for treating PTSD in military personnel. EMDR can also be considered as a somatic therapy.

Soul Wisdom Therapy is especially equipped to help with PTSD and the use of somatic therapies, including EMDR. If you feel out of control and isolated due to these symptoms, please contact us.

Be gentle with yourself and share your story.
… See MoreSee Less

Healing from the Conflicting Loss of a Difficult Parent – Tiny Buddha

My father caused a lot of pain in my life, yet I fell into a depression when he died. Here’s what helped me, which may help you too.

OCD has become a household term we casually use to refer to anyone who needs to have things a certain way. As a casual term, it works well. It gives us a general sense of what’s being described. But if it’s used as an actual diagnosis to determine therapeutic treatment, it can cause problems.
… See MoreSee Less

Do you Have OCD or OCPD? Know the Difference – Issues Treated – GoodTherapy.org Therapy Blog

OCD is an anxiety disorder, while OCPD is a personality disorder, but they can look similar initially. What are the differences and why do they matter?

If You Are Treated Badly, Don’t React Badly

"An eye for an eye makes the whole world blind."